New technologies and solutions will help society maximize scarce natural resources. Business models and regulatory approaches are being reshaped, and that means a change in the collective mindset. McKim & Creed, a full-service engineering and surveying consultancy founded in 1978, believes technical experts can provide valuable policy leadership necessary in transforming thinking on cleantech issues.

Take water, for example. “As a society, we’re at the tip of the iceberg as far as our water infrastructure needs,” says Tim Baldwin, PE, senior vice president at McKim & Creed. “The general public is only just now starting to realize the magnitude of the scarcity issue.”

Baldwin, who is based at McKim & Creed’s headquarters on N.C. State University’s Centennial Campus in Raleigh, can rattle off

a list of reasons why new thinking is urgently needed on water resource issues. “There’s a tremendous amount of water required for energy production, for example,” he says. Add to that the global population growth and dietary changes that are directing more and more water resources toward agricultural production and food processing. “Competition for water is increasing dramatically,” says Baldwin.

Across a career that has spanned over three decades, Baldwin has helped utilities look holistically at their infrastructure and operational assets. That has meant staying at the forefront of changing technologies and the legislation impacting them. It also has instilled in him a knack for looking downrange at trends emerging on the horizon. “The pace of change has quickened. The need to change has increased,” he explains. It is a view shared by Baldwin’s colleagues at McKim & Creed, and in fact is a theme woven though its professional ethos: “anticipating change, adapting to change and facilitating change,” he says, summing up what makes the firm’s approach unique.

McKim & Creed began modestly in Wilmington, gradually branching out across North Carolina and into Florida, Georgia, Texas and Virginia. Though it now has 19 offices from Norfolk to San Antonio, the firm remains a manageable size. “We’re not huge, but we’re not a boutique,” Baldwin says. It is something of a symbol of Raleigh itself, he adds, “a city that lives bigger than it is.” McKim & Creed’s functional and geographic footprint enables it to build expertise and apply leadership across a handful of areas without losing focus.

The firm has impressive expertise in energy and smart grid, but it was McKim & Creed’s interest in “the wet side of cleantech” that sparked its interest in the Research Triangle Cleantech Cluster. “Almost everything we do has a sustainability element to it,” says Baldwin. The firm’s innovative reputation in water and wastewater treatment systems reaches back nearly 40 years. “We were doing that even before it was cool,” he says.

The convergence of food, water and energy as a “nexus” spells opportunity for the Research Triangle Region, Baldwin believes. The region has significant technical expertise and business leadership across all three areas. And as the center of North Carolina 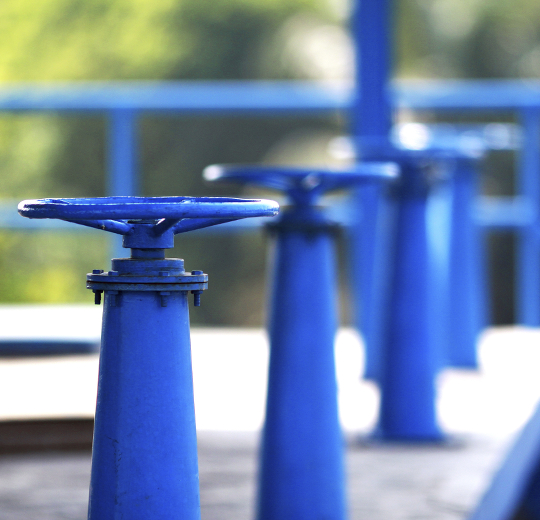 government and public policy, Raleigh also has the potential to build the 21st Century regulatory models that must align with the modern economic realities of water.  “Reforms are needed in regulation and permitting,” he says. Accomplishing that in a meaningful way will take re-organizing and consolidating the current patchwork of regulatory authorities. “The regulation of water takes place in silos,” says Baldwin. “Most of the solutions we need will require everyone to participate.”

McKim & Creed believes changing the policy culture is a key prerequisite to implementing sustainable cleantech solutions. The firm shapes its own culture by hiring those with personal and professional values that mirror its own. “The best way to bring in people who are compatible with your environment is through being networked and being out there,” Baldwin says, another dividend that comes from its leadership in a number of industry organizations and business groups. From there, it grooms seasoned engineers, surveyors and consultants through mentorship and professional guidance. Says Baldwin: “We hire for passion, hire for character and train for skill.”